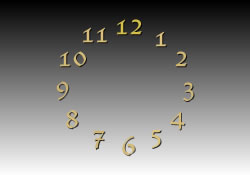 There was a time when everyone on Earth was a farmer, according to documentary style interviews.

We are taken back to a point in the future when dust storms ravage a landscape in which human endeavour is centred in growing enough food while faced with agricultural disaster. One crop after another falls prey to blight, depleting the atmosphere of a vital gas.

Widower and former scientist-turned-farmer Cooper (Matthew McConaughey) tends his farm with father Donald (John Lithgow), daughter Murphy who shares his enquiring mind and son Tom. Donald laments the passing of the age of humans as pioneers, once humans ‘looked up to the stars now we look down’ at the ground that they are so desperately trying to cultivate.

The rural routine is enlivened by the arrival of an Indian Airforce drone, and the autonomous tractors drawn to Cooper's house, while Murphy challenges her father’s scientific mind with tales of a ghost in her room that pushes books off the shelf. The ghost, however, leads Cooper and a stowaway to a now secret organisation that was once respected. There he meets former colleague Dr Brand (Michael Caine) who believes the eco system on which humans depend is doomed and nominates Cooper to lead a space mission to find a new home for humankind. The crew will include Brand's daughter Amelia (Anne Hathaway) who has an additional agenda.

Brand explains that a black hole appeared 50 years previously, with remarkable serendipity, within the solar system, providing a route to another galaxy with conveniently placed planets that may be suitable to support humans. Plan A will save the existing inhabitants of earth; Plan B will seed the new planet.

Fuelled by his desire, above all, to save his family, Cooper agrees to sacrifice his children's present in exchange for their future. The clock on earth races by as the crew rush to find a new home before time runs out for the struggling folks back home.

In a place where time runs differently, Cooper sees in messages from Earth, his children grow to maturity. Tom becomes a farmer and family man, Murphy (Jessica Chastain) fulfils her promise as a scientist. With limited fuel and time, the crew, while accidents and sabotage claim its members, must choose between three planetary candidates for a future home world, based on the transmissions from the teams who landed on each of them.

Writer and director Christopher Nolan leads us through Wetworld and Frozen Planet, dust storms and tidal waves, a black hole, time and space, and inter-dimensional communication, as he reveals the identity of the ghost, the providers of the black hole, and the pivotal role and transcendent nature of love. Through the microcosm of the family we feel the threat to all and stay to see if and how the future of our species is secured.

Matthew McConaughey whose presence, even unglam, for one of my movie buddies covered a multitude of sins, is watchable as Cooper. Dr. John Brand is played deftly by Michael Caine as wily old bird. John Lithgow is sincere as Cooper's father, and Matt Damon does a cameo as desperate madMann on and over the edge while Mackenzie Foy is splendid as the young Murphy, delicate and determined. The alien landscape of the ice-world was filmed right here on earth on the Svínafellsjökull glacier in Iceland. The spacecraft were models on a scale large enough to be dubbed ‘maxatures’ and the CGI for the black hole was based on equations by physicist Kip Thorne.

The story is ultimately hopeful. There are four iterations of ‘Do not go gentle into that goodnight,’ Dylan Thomas' heartfelt encouragement to his father to fight his illness. Interstellar has an epic quality reminiscent of 2001: A Space Odyssey. It deals with separation and sacrifice, love and loyalty. It is spectacular, dramatic, and dazzling. However, at three hours it surpasses in 2001 in length and so will not sustain the attention of all who watch it. The performances are excellent but the characters are somewhat underdeveloped in comparison with the physical journey through time and space.

The science is sound with Kip Thorne on board, the physicist who first formulated the theory of time travel by black hole. However, astro-biologist David Grinspoon commented that a ‘voracious blight’ would have taken millions of years to impoverish the atmosphere of the necessary gas.

My principal issue with Interstellar is the unrelieved tension. The robot TARS provides the only consistent glimmer of humour but otherwise the persistence of grimness, doom and danger becomes wearing to cut-off point where some viewers may detach and cease to care about either the family or the global outcome.

This is not a film for the anxious or the overwhelmed for whom it will provide 180 minutes of things to worry about. It can however provide distraction for the bored, at least up to a point. However to those at the bottom of the emotional scale it can provide a lift out of despair and powerlessness. In this context the most powerful message of the film is that of self-rescue. Ultimately there are no deities or aliens to bail out the humans. However, we can rescue ourselves collectively and individually.

One of my movie buddies enjoyed the film and it kept his attention through to the end, the other found it soporific, overlong and it failed to engage his interest or empathy. I was somewhere in the middle. Although pessimistic and apocalyptic from one point of view it is yet hopeful of our survival and development to a point where through our future we can save our past. So between us we reflected overall the reviews I have read by ordinary audience members. For its adventurous cosmic concepts, ground-breaking creation of a black hole, and its sheer scale I would recommend seeing it when it makes it to TV and yes, it was worth the price of the rental.