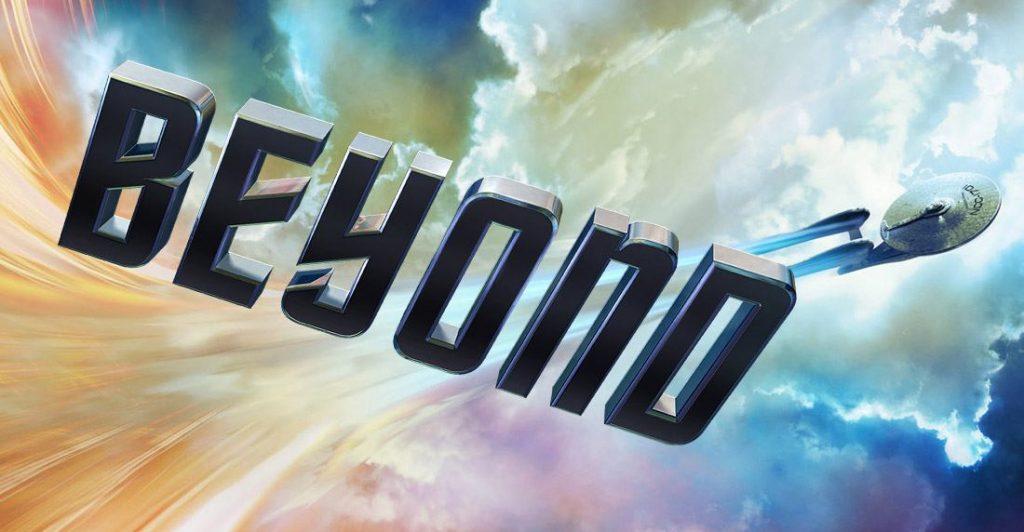 A plea for help to rescue a crashed ship in an uncharted nebula sends in Enterprise on a mercy mission. Setting off from a galactic frontier space station, the USS Enterprise is ambushed, the crew abducted and the final piece in a weapon of mega destruction discovered. At the heart of the plot is a dinosaur of the age of war with a swarm of mechanical bees.

Captain Kirk (Chris Pine), the bridge crew and a lone survivor of a previous mass killing must mount a daring rescue to retrieve their shipmates and subvert an attack that will kill thousands. They are armed only with a ‘house’ a motorbike and hand-weapons.

Besides the roller coaster action questions of cosmic importance arise: will Spock (Zachary Quinto) and Uhura (Zoe Saldana) make up or break up? Will Captain Kirk move up to a desk job and will Scotty’s (Simon Pegg) latest mini-recruit to engineering ever wear pants?

Captures, escapes, pursuits, crash landings, explosions and breath-taking graphics as well as the endearing Star Trek family make this a must-see. If you’re already a fan and missed the cinema release do catch up with this on DVD or pay per view. If you’re not an enthusiast but enjoy a ripping yarn then this is an ideal self-contained episode with which to jump on board.

This is ‘Beyond’ in more ways than one: as the Enterprise crosses over the border of known exploration and faces killing potential never before imagined. Most importantly Kirk and company reiterate that we are beyond evolving through conflict.

The philosophical message of ‘strength through unity’ is especially relevant in view of Brexit and the political divisions in the US highlighted by the elections. However director Justin Lin ensure there is no preachiness about Star Trek: Beyond: the belief is sincerely expressed through the deeds of crew risking themselves for one another while pitted against greater numbers of the enemy, an uncharted planet and characteristically thrilling impossible odds.

Perhaps this frenetic space romp is not for the emotionally fragile but if your hope for the survival of the human race or your faith in our species is waning, Star Trek: Beyond will surely prop it up, shining a lively and entertaining spotlight on the best and brightest of what we are and can be.